I graduated from university with a degree in electrical engineering, and for the last five years, I worked at GE Aviation Systems. I worked in one of their subdivisions as an avionics and aircraft power systems engineer for three (3) years and as a hardware engineer for my last two years. I learned a lot in my time in the aviation industry. However, after five years, I needed a change.

I've been exposed to web development and software engineering through friends (my co-host @kwuchu and tech news outlet (hacker news, the verge, etc...), but never explored it beyond building a personal website. At the beginning of 2019, I started my transition to becoming a software engineer. 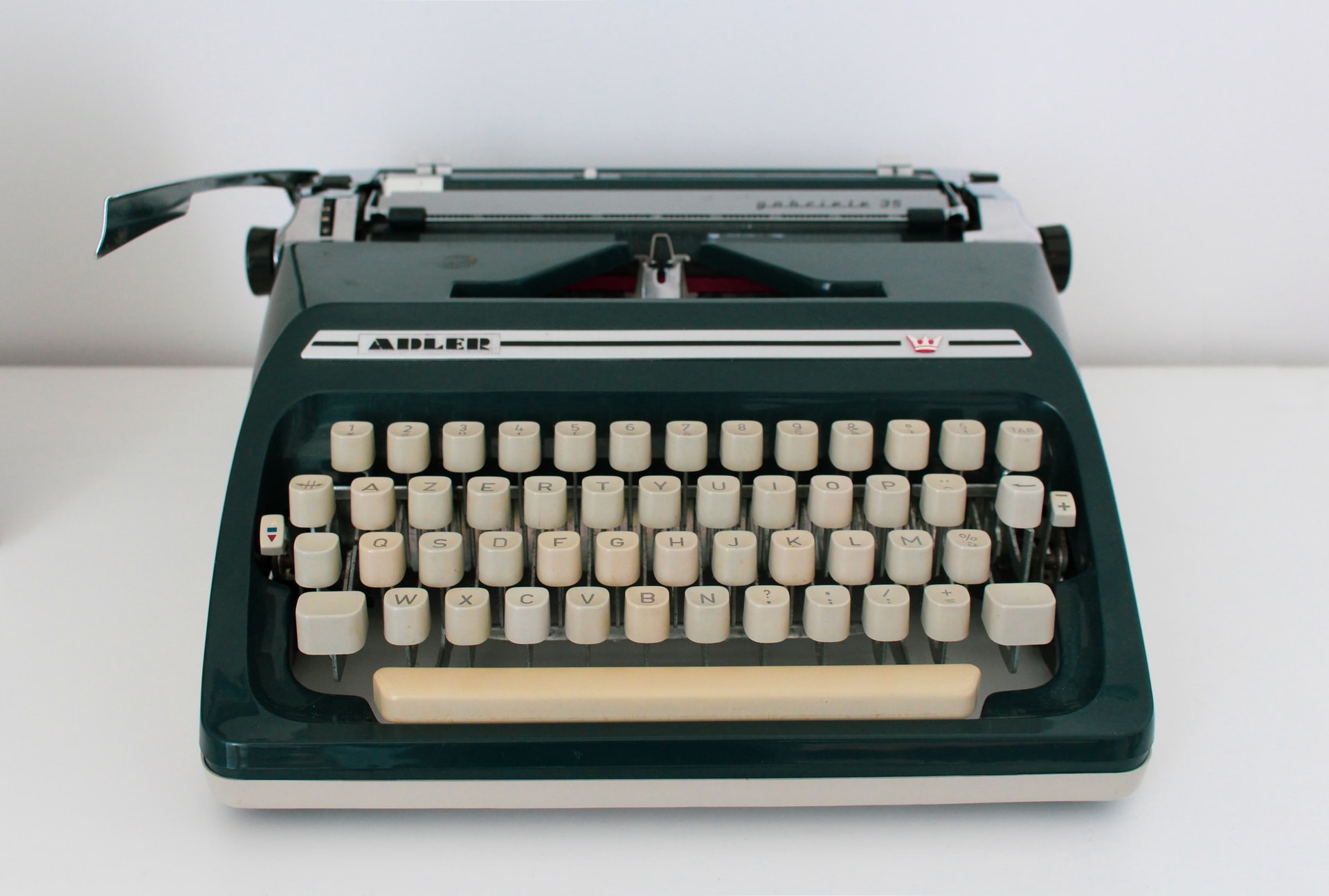 Typing machine with a french keyboard layout, just 'cause :-)

Before starting the process of transitioning careers, I wrote code on and off. The first time I wrote code was my freshman year of college as part of the intro to engineering class. We used MATLAB to model physics concepts. That year, I saw for-loops, while-loops, variable declarations, and arrays for the first time. The experiencing of writing and debugging MATLAB code was fluid. The next year, I took a C++ class. The class was not as smooth as writing MATLAB code. We completed our assignments by connecting to a remote server and interacting with code through a terminal. Writing code and fixing code felt disconnected. Debugging C++ was harder than debugging MATLAB, and some concepts were harder to grasp. The final project was to build a contact application using linked lists. While I was able to get something working, I didn't use C++ after that. The thing I coded was a VB script to automate highlighting words in a document.

Attempts At (Re)Learning to Code#

In late 2017, I considered getting back to code. The reasons were simple: instead of spending three years learning hardware design, what I had done was to maintain a spreadsheet, wrote a requirements documents, and observed the company I worked for collapsing (for those financially inclined, GE stock value went from ~$30 to less than $10 by the time I left)

I looked into alternatives careers to switch into, and software development felt right to explore. I chose Python as a language because setting up a development environment for it was easy. I spent time practicing the basics in my free time at work and at home. Learning Python felt smooth. I caught errors before I ran the code because the editor would show them to me. I felt productive, and I saw that I was making progress. I wanted to level up, so I turned to some online resources to continue learning.

The first resources I used were the free classes offered by Udacity. I started the Intro to Python class, but I didn't finish it. Then, I tried to follow Miguel Grinberg Flask tutorial, but I didn’t finish that one either. After that, I started using Data Camp's Python course. I had a bit more success using those. I finished 3 out of 26 courses in their data science track.

Every time I started a learning path, I stopped for one reason or another and never follow through. While I can't pin point a specific cause, I have a few hypotheses on why I didn’t stick with a single path to the end.

Here are my hypotheses:

I can't tell which one of the above reasons played a bigger factor than the other. Regardless of the ratio of different factors, I spent the better part of 2017-2018 in this learn, stop, learn, stop loop. While I didn’t accomplish much in terms of finishing a course, or completing a project, I learned the basics of Python in that time.

I considered coding bootcamps as an option to further my software development skills. Bootcamps are a great way to learn web development, and the immersive aspect of the experience is most appealing. I found several kinds while searching. For some, I had the option to pay upfront. For others, I would start paying after finding a job (I would have signed what's called an income share agreement). However, I decide not to attend one because of my location, cost, and learning preference.

The one option that matched all the above criteria had been available for a long time: community college.

I was a against the idea at first. I don’t like to admit it, but dismissed it, and it was because I was arrogant. I was telling myself, "I have a bachelor’s and and a master’s degree, clearly I didn’t need to go to community college". However, after looking at my track record of prior failed attempts, it was clear that my arrogance was misplaced and I looked at the options offered. The community college offered both online and in person programs of different duration. The programs offered were perfect for me:

Of the programs offered, I chose the Web Development track (6 classes, 18 credits) and started classes in January of 2019.

Attending classes turned my progress from sporadic to consistent and broke the learn-stop-learn-stop loop I was stuck in. For almost every week of 2019, I coded in one of several coding languages because I had to turn in an assignment or a project. I realize now that by going to community college, I took advantage of the 18 years of conditioning from attend formal schooling: my brain knows to compel me to work on an assignment if it’s supposed to be turned in to a teacher. Now that conditioning was helping me be consistent in my efforts to learn how to code.

A lot has happened since January of 2019. I've completed 5 of the 6 classes in the Web Development certificate program. I left my previous career. I built a cryptocurrency news aggregator, and I found a job as a software developer. I am now an associate software engineer at a local software firm, and going through the program at my local community college was a big factor in helping get here.

When I look back, one of the reasons community college didn't occur to me as a viable option for learning how to code is because that I didn’t come across it in when I was Googling how to switch into software developer. I have one semester left to get my certificate, and I am happy that I made the choice to attend community college. Part of me wishes I had done it sooner, but I'm glad that I started once I found it.

If you haven’t had a lot of success with online classes or self directed learning, consider going to community college to get started. It is surprisingly effective.